As we mark 40 years since the discovery of HIV, we can also marvel at the advances made in HIV treatment and care. 2021 has seen game-changing developments too – an HIV vaccine which could be rolled out in 5 years’ time – as well as an injectable anti-retroviral, meaning 6-12 days of treatment per year, rather than a daily pill.

So as more people live longer with the virus, we need to further consider how they can live well? What needs to be prioritised to improve the quality of people living with HIV’s (PLHIV) healthcare experience? We take a look at three themes:

Diagnosis, Antiretroviral (ARV) treatment and viral suppression are all closely monitored statistics. But what picture do we have outside of the 90:90:90 global targets? (90% of those with HIV are diagnosed, 90% of diagnosed patients receive treatment, 90% of those on treatment are virally supressed).

An article by politico states that data around the ultimate cause of death among PLHIV is sparse. Despite long-term studies on which illnesses are closely related to the virus, many healthcare systems don’t track this in real time. Such illnesses include cardiovascular problems, chronic kidney disease, osteoporosis and depression.

Clinical coders rely on high quality information, which is usually lacking when coding HIV patients in a secondary care setting. However, a good understanding of the standards and manifestations of HIV, can support the difficulties around data collection. Our Monmouth Academy Coding course on HIV covers all you need to know on the coding of HIV.

While science has moved forward, we still have a lot to learn about discrimination and stigma. A 2021 National AIDS Trust report shows deep lack of knowledge about HIV among the general public, but it exists among healthcare professionals too. When people are concerned about judgement in a healthcare setting, they are more likely to avoid or put off appointments for dental check-ups, cancer screenings and more. This has a clear impact on the health and wellbeing of PLHIV.

One-third of patients in Europe reported discrimination in healthcare in a 2014 report. A 2017 Positive Voices survey in the UK found that fear of discrimination in healthcare settings was prevalent, with 1 in 6 people worried that they would be treated differently because of their HIV status. What practical steps can be taken to address negative attitudes or even dispel myths around HIV?

Living with a chronic illness at the same time as dealing with social stigma associated with that illness can have devastating effects. A 2019 study estimated that 31% of people living with HIV globally have moderate to severe depression and a 2017 Positive Voices survey in the UK showed that 49% of people with HIV reported symptoms of depression and anxiety on the day of the survey.

As is well known, when mental health is prioritised there is a clear knock-on effect in physical health too.

Ultimately, what is required for improving the quality of PLHIV’s healthcare experience is more data, more training of medical staff in treating PLHIV and a higher expectation of what living with HIV should look like.

The UK is set to build over 40 new hospitals by 2030 to solve the growing pressures that hospitals and government face.

Revision. Is it fun? No. But is it bad? Not if we have anything to do with it.

We’ve put together this guide which contains expert revision techniques, specific tips on how to study for clinical coding exams and the best kept secret on last minute cramming. This is the revision bible.

Why exactly is medical data so highly targeted by hackers?

Andrew Lawrence, Managing Director at Monmouth Partners, explores three key challenges for the NHS as it transitions tentatively into a recovery phase from Covid-19.

Why the Clinical Coding Academy? 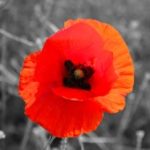 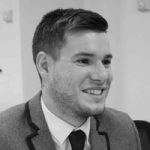 See all
Beyond Living with HIV